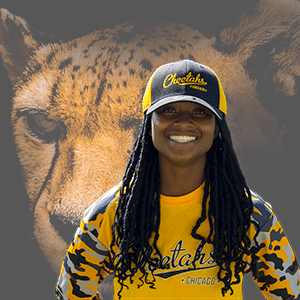 Diamond Owens attended Oswego High School, and post high school attended and played at Lindenwood University at Belleville and Lake Forest College. She recently graduated from Lake Forrest College where her team went deep into regionals for her final season.

Diamond has been assistant coach to our 14u head coach Dwayne Owens for four years. She played on the Kane County XPlosion from 2012-2014 and was captain during her time there. For her 2014-2015 season she played with the Mizuno Hawk 18u Gold.